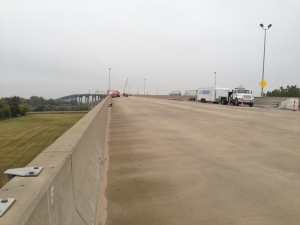 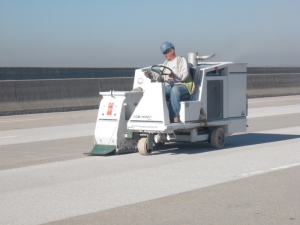 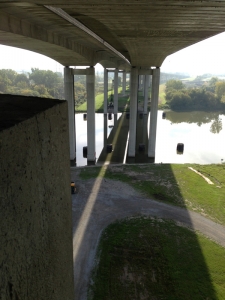 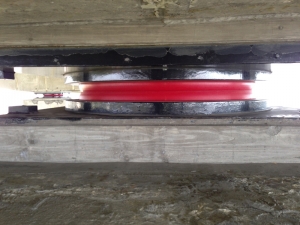 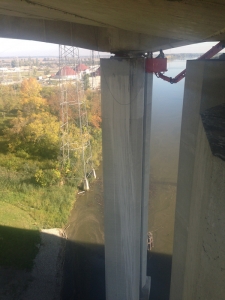 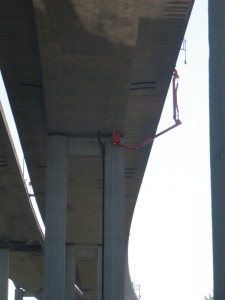 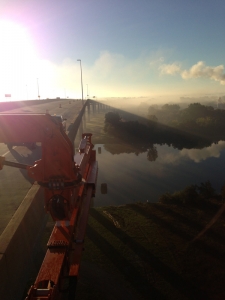 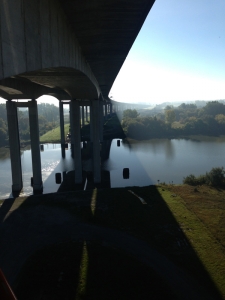 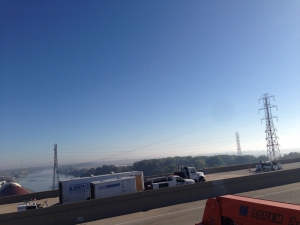 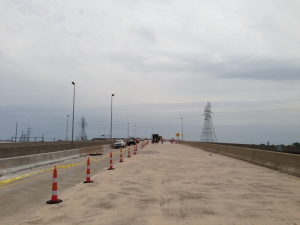 In 2013, the mile and a half long Zilwaukee Bridge was shut down for sealer overlay (healer sealer), structural crack repair to bearing pads, and bearing pad replacement.

To complete the work on schedule, Smith’s utilized three shotblasters and one installation crew for the healer sealer. Two additional crews were utilized for the structural crack injection of the bearing pads. 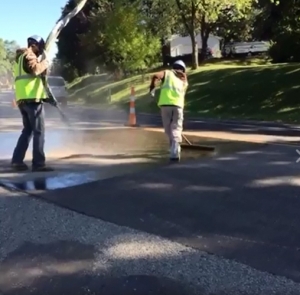 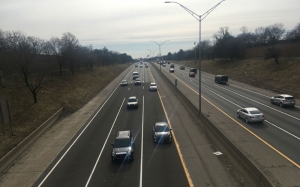 Through the Michigan Department of Transportation, Smith’s Waterproofing acted as the prime contractor on the I-75 High Friction Surface Treatment (HSFT) on I-75 north bound between 11 Mile Road & 12 Mile Road. The project included surface prep of the highway… 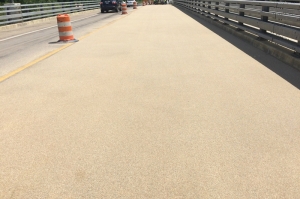 The State of Michigan and MDOT awarded Smith’s Waterproofing the project to install high friction surface treatment on multiple accident-prone locations on the I-94/US-131 interchange, as well as, Gun Lake Casino ramp, Business Loop 94 or US-131… 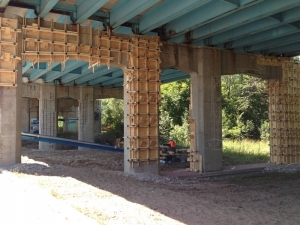 Smith’s Waterproofing utilized 3 crews to perform emergency repairs on M-20 over the Tittabawassee River. This project had an expedited schedule due to the condition of the bridge, which was deteriorating rapidly. Large amounts of concrete were missing, leaving re-bar exposed… 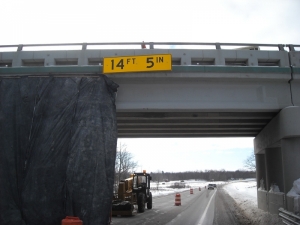 The Mansiding Road overpass located over US-127 was severely damaged by a high-load hit. The concrete beam that supports Mansiding Road sustained most of the damage and required an emergency repair… 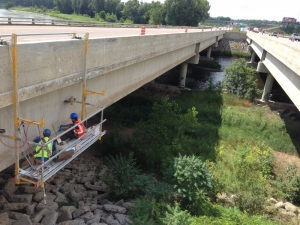