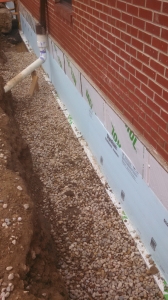 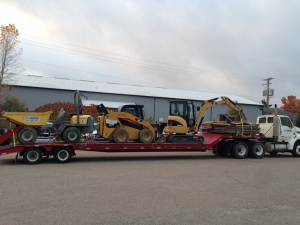 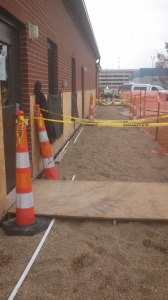 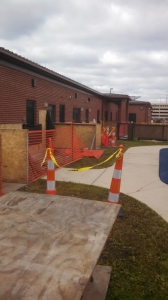 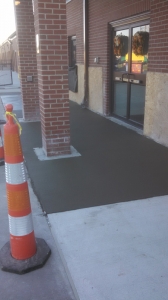 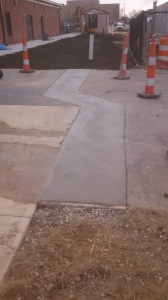 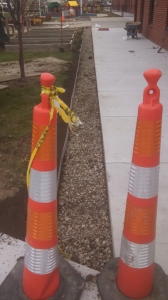 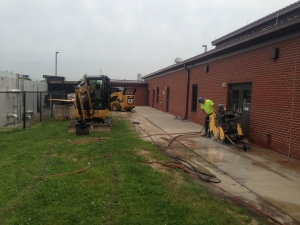 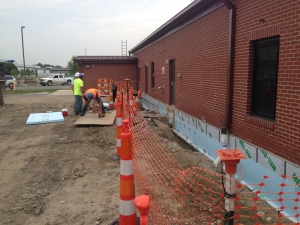 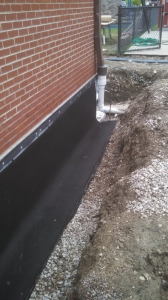 This project called for a waterproofing system which had to be done in 7 separate stages. The completed system included 700 lineal feet of exterior waterproofing, rust proof coating, and caulking of a high-profile building (customer name withheld for security and confidentiality). Coordination with the fire marshal to keep the building in compliance with egress, ingress and ADA Requirements was paramount throughout the project. The jobsite as a whole also had weekly inspections and fire drills performed with the fire marshal. This was a design build job that constantly evolved as new unforeseen problems arose as the project progressed. Smith’s Waterproofing relied on years of experience to create the most effective and cost efficient solutions and keep the project on schedule.

Sidewalks around the building were sawcut and removed to allow access to the buildings foundation for the concrete repair and waterproofing procedures. Concrete repairs were performed on the foundation and then Mel-Rol waterproofing membrane was installed to prevent water from entering the crawl space below the building. Next, Mel-Drain drainage board was installed to prevent water from reaching the membrane.

A 6” drain tile was installed around the building, which was tied into all of the downspouts and edge drain to move water away from the building. This was critical for making sure water is sent to the storm drain, instead of collecting next to the building below grade. After that remaining soil was properly graded around the building, sidewalks were poured, and the surface was restored to better than original conditions.

Crack injection was performed with polyurethane injection grout, on the interior portion of concrete walls of the crawl space. This was another means of waterproofing the crawl space where water was leaking through.

Architectural expansion joints were installed on the interior portion of the building to prevent further damage. This included saw cutting through tile on the floors and walls to create space for the expansion joint material.

Significant amounts of water creating high humidity were entering the building and rusting the steel I-beams. Rust coating material was installed on all of the I-beams throughout the crawl space which were beginning to rust.

The final stage of the project was removing all of the exterior caulk and re-installing new caulk around all of the windows, doors, control joints, expansion joints, and vents. 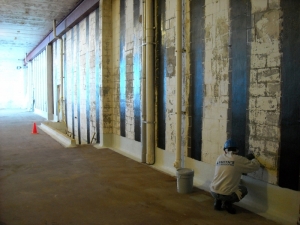 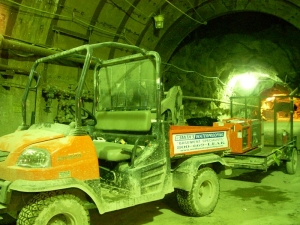